With the growth of IRATA globally, it’s no surprise that the industrial rope access industry in New Zealand is following suit.

We’re going to delve a little deeper into the world of IRATA in this blog.

There is a LOT that happens behind the scenes, and it’s incredibly common for confusion to occur as to exactly how and why IRATA International has grown the way that is has, and the implications of that growth to individual technicians.

Since the new IRATA International website went live earlier this year; it has become a lot easier to find information for Member Companies and Technicians. It’s definitely worth taking a peek – and clicking through various links to learn about the history of IRATA, rope access, the IRATA system of work and the key personnel involved in IRATA.

But! A brief summary will hopefully give you a head start!

IRATA International at its core, is comprised of committees. Individuals who sit on these committees are nominated and voted into position by the Member Companies; business who have gone through the membership process, follow the IRATA International Code of Practice and a regularly re-audited to ensure compliance.

There are four main working committees:

Lots of committees right? Best way to slow things down, is to have a committee, but it is also critical to the success of IRATA International – because the membership is involved in the decision-making process!

We also have Regional Advisory Committees (RAC); which allow IRATA Member Companies, by Region, convene and work together on local matters pertaining to rope access.

In our Region? Well – hopefully we have a name change soon! But we are a part of the IRATA Australia RAC – a region encompassing Australia and New Zealand. There are over 40 members in this area! We get together once a year for an annual general meeting, and then there are IRATA Assessor and Instructor meetings throughout the year for member company representatives, assessors and instructors to attend.

Up until this year, 5th Point were the only IRATA Member Company in New Zealand. Our involvement in the industry on an international level though, has been going on for a very long time. We’re excited for the growth of Rope Access in New Zealand, and even more so with the increasing involvement our core staff have with IRATA and IRAANZ.

So here’s a little bit more about the history – and legacy – of 5th Point.

We were involved with the founding of the IRATA Australia RAC in 2005. Crazy to think that back in 2000 there were only three Level 3’s based in Sydney, Australia. In the 2016 over 1.37 million hours of industrial rope access work was clocked with IRATA Member Companies in our region.

We’ve had continued involvement with the Australia RAC over the last 12 years, including various positions held within the committee.

Since 2009, our Director, Leigh Greenwood has sat on the IRATA International Training Committee. He went on to serve 4 years as Chairman, and from 2011 onwards has held a position on the Executive Committee as well.

During his tenure as Chairman, the IRATA Training, Assessment and Certification Scheme was released, and 5th Point New Zealand was founded as the first New Zealand IRATA Member Company in the country, after ~5 years of training around various locations.

In 2014, 5th Point became a member of IRAANZ – recognising that despite differences, the end goal of ensuring rope access technicians were employing a safe system of work, would prevail. They’ve not always enjoyed our presence at meetings, but the value add of our input has been felt throughout the association. Dave Humphreys has put in significant legwork with IRAANZ over the last 3 years, and constantly challenges their way of thinking.

The General Manager of 5th Point, Deborah Chick, was elected to the IRATA International Health and Safety Committee in 2016 – the first woman to ever be voted in at such a level in the Association. During the last 12 months, the Health & Safety Committee has had a significant increase in output of smaller H&S documents, that are more easily incorporated into every day toolbox talks. Deborah also attends IRAANZ meetings as a representative of 5th Point, and for the last two years as a representative of IRATA Australia on the Working at Heights Association (WAHA) of Australia on the Training Committee.

This year, both Dave and Scott Edmonds were elected on to the IRATA International Equipment and Standards Committee – tasked with the promotion and maintenance of the high standards of safety IRATA has achieved over 30 years, continued delivery of work quality and safe working practices for the industrial rope access industry on a global level. By its very nature, although one of the smaller committees of IRATA, it is one of the most critical for ensuring the associations procedural documentation that is released to members remains current and is applicable to the needs of the members.

Oh, and we also run lots of IRATA International training courses, and continue to work in the industry. All core team members have been fortunate to be involved various projects on a global level with the association, including the recent IRATA Instructor Scheme, the ASTACS and a number of future projects in the pipeline that we are SO EXCITED to be a part of, that we can’t talk about just yet!!

Needless to say; we’re involved. We recognise that the Association is far from perfect, but instead of complaining about it from afar, we’re right in the thick of it, working with the other nominated and elected representatives on the committees to make a difference.

And hey, if you think we can do better, we agree. We can always improve. The same way our industry on a local regional level, and on an international level is always evolving – so are we.

We truly believe that professional development of our core personnel is ongoing; and by having all team members involved on a local level, and international level ensures that we are focused on safety for all involved in industrial rope access.

We're not around right now. But you can send us an email and we'll get back to you, asap. 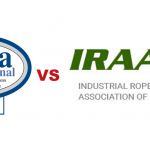 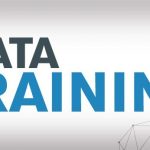 IRATA International Training; the how and the why.News